The severely overdue final installment of the Stacked Bead Challenge!


This time, it was my fault. I had made up my packs of beads to send the ladies well over a year ago, but then Rebecca was next and then we all kinda forgot about it for a while. Someone finally remembered, and I sent off my beads. Now, there's a caveat here... When I was making my selection, I was recovering from shoulder surgery so I was down an arm and highly medicated. I believe my M.O. was to choose beads that I liked, but that had been hanging around stumping me for quite some time. After a year passed and soberly reflecting on my choices, I felt pretty bad about it. Everyone was going to be in for a tricky design challenge. I cursed myself repeatedly as I struggled to make even one pair. Cursing myself further, I made a second pair about a week later. This cycle continued until I actually managed to make six pairs and I actually like most of them! Persistence and cursing does pay off in the end. So here we go...


Thank you Malin for being the only one to remember to take a photo! Also, if you're counting, you might notice there're a few beads that have odd amounts. When I was packing the bags, I spilled one. I thought I had collected them all, but like I said I was in an altered state at the time. I thought I kept that bag for myself, but it seems Malin wound up with it. 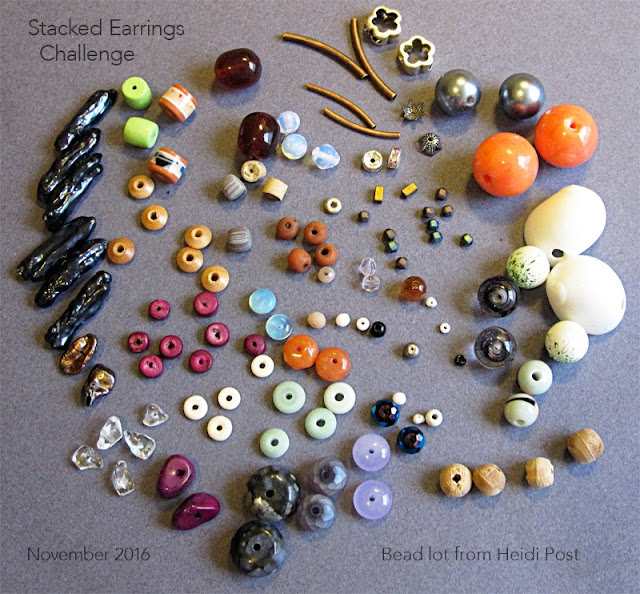 This is the first pair I made. The shells were really the ones that had been bothering me the longest. Mostly composed of my bead selection. 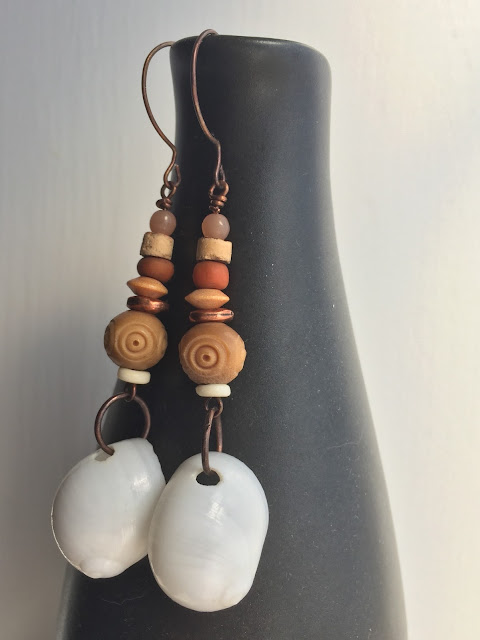 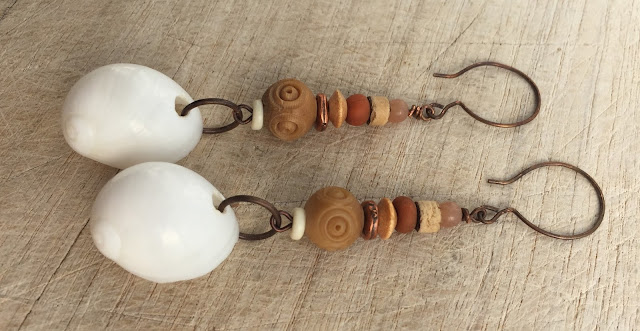 Then there were these. Pretty simple, not bad and contain just the beads I included - other than metal spacers. 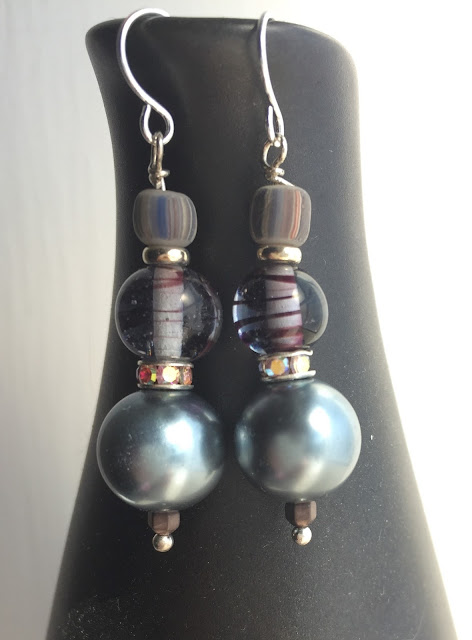 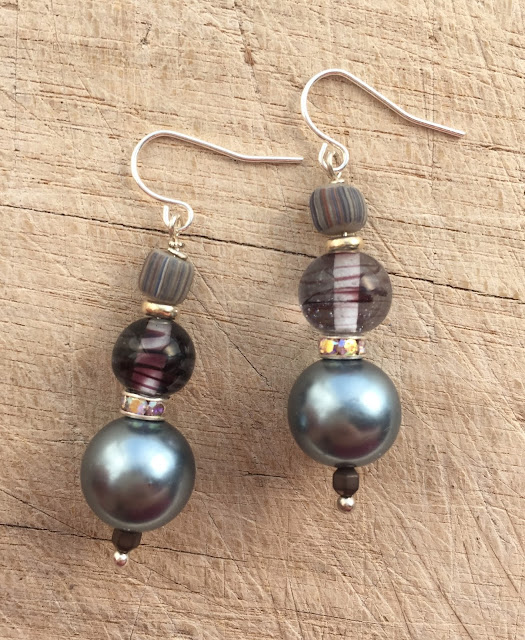 And then these. I was excited when I discovered the ceramic charms went with the color scheme. But I swear, I stacked them 100 times before I was satisfied. Yet, I think I only added one bead plus the spacer. 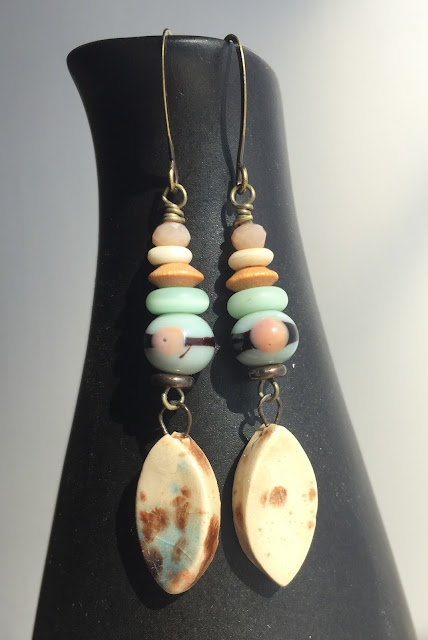 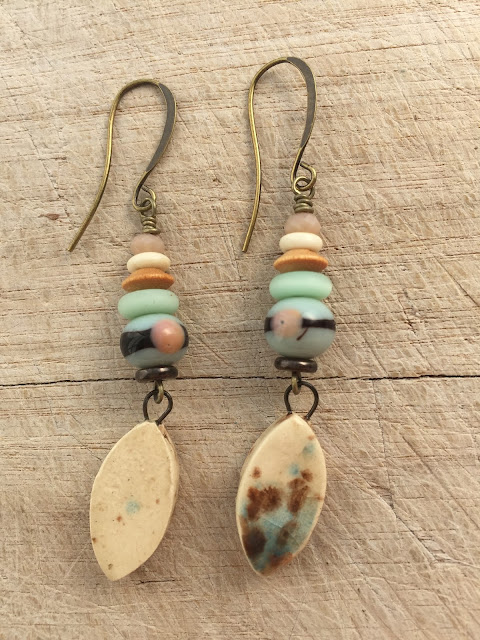 And then came these. I think they might be my favorite of the lot. I added the rhinestones, the piggies, the copper spacer & copper dangles. 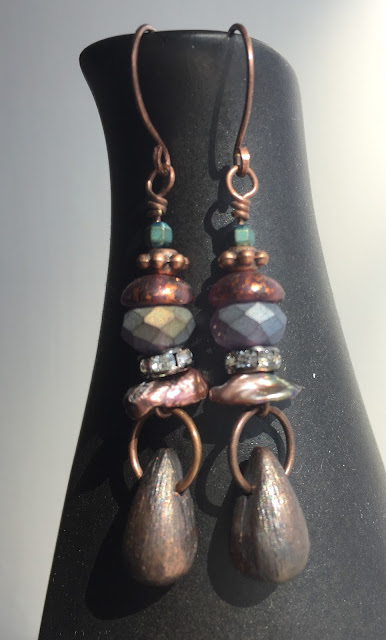 Next, there were these. Only one picture, because they're not meant to lie flat... I love those purple & grey beads. I forgot what they're called, but the guy who sold them to me was very excited about how rare and unusual they were. I tried so many times, but I only wanted to make The Perfect Necklace with them, so nothing ever happened. I figured these talented ladies could at least give them a good life as earrings. 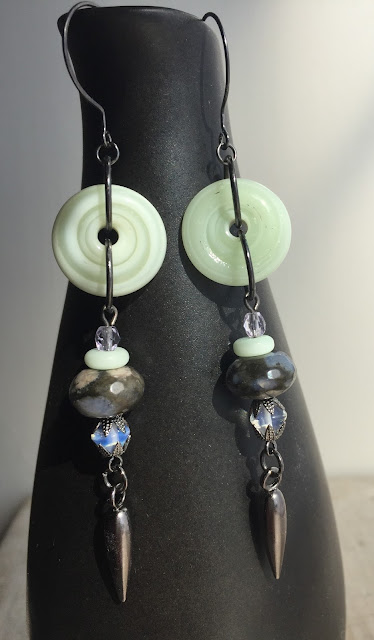 And finally, the pair I made after I declared I was sick of looking at the beads and I was D.O.N.E. Pardon the cat hair in the first photo. That would be Nigel's only physical contribution to my efforts, but he gave me so much moral support sleeping next to me or staring at me as I made them all. 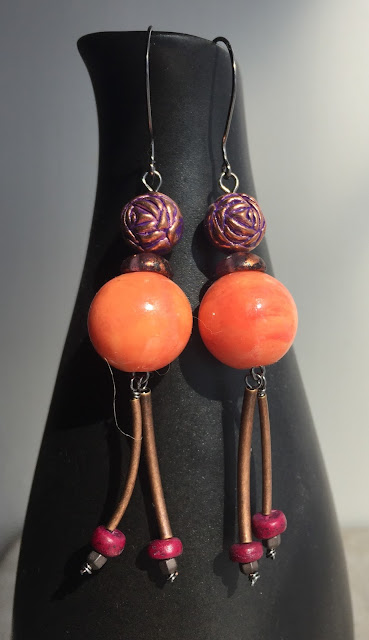 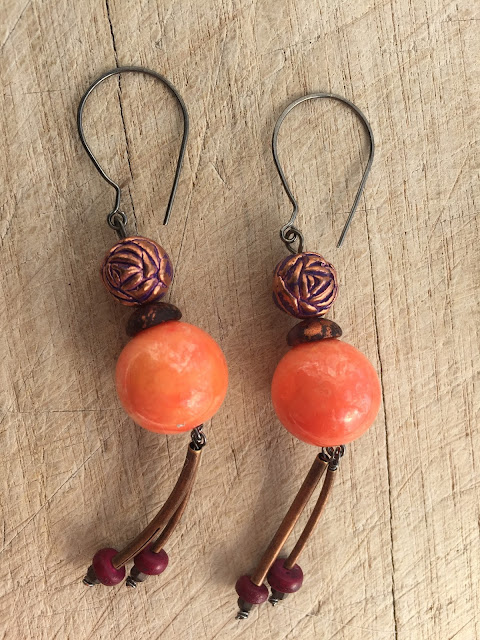 I don't know if everyone else had such a difficult time with their own bead selections. But I sure can't wait to see what they did with my weirdo choices! Make sure you check them out too. Links below...

Thank you again Malin for starting this whole crazy experiment, and thanks to Rebecca, Claire, and Leah for being such awesome and inspiring partners in all this and in the jewelry they make on a regular basis. I sure have some talented friends ♥