Not My Usual Thing

I do love working with wire, but I've never particularly been interested in doing these wire wrapped earrings. I've seen similar, and admired them. They can be quite beautiful when they're done with the right beads, though it never really appealed to me to want to make them. Then last week, a tutorial popped up on my Facebook feed and I looked at it. I knew I had a pair of earrings to make as a gift within the next few days, and I had a feeling the recipient would like that style. I had some new beads in her favorite color (yellow), and I gave it a try. I had no idea how much FUN it is to make these earrings! It's pretty easy too. So I just had to whip up a few more pairs.

The only problem with colored wire is that it scrapes so easily. Even though I'm using rubber-coated pliers, part of the pliers has popped through the rubber at this point and it scratched the purple off in a little spot :( 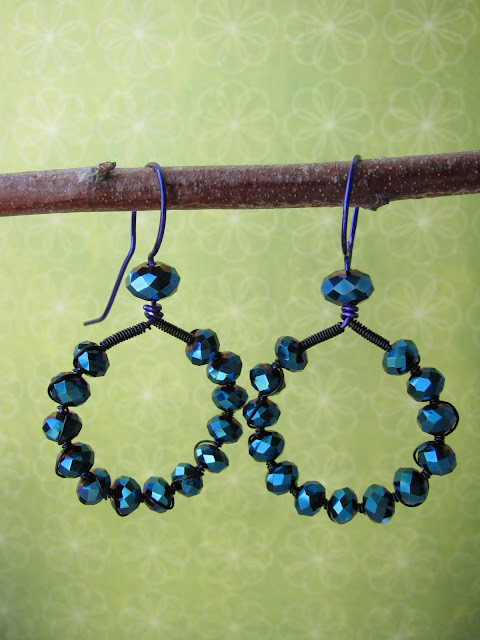 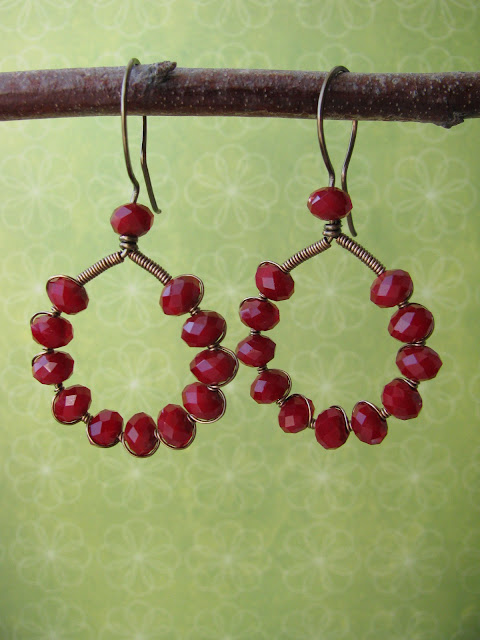 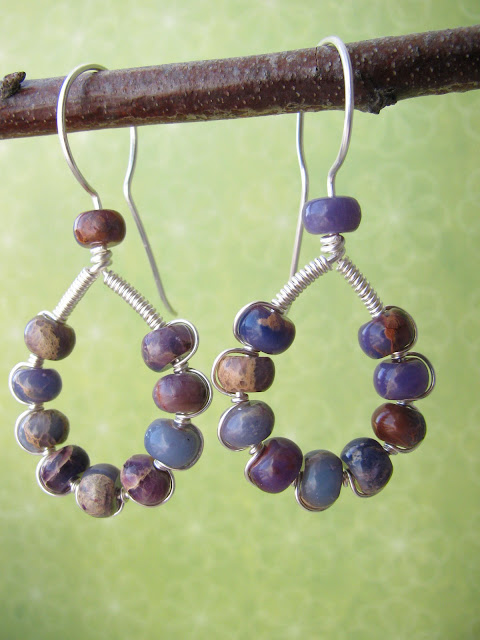 The other thing I've been working on this week has been slow going. It's a necklace with a very pretty raku key pendant, but I'm just not sure I'm happy with the bead combo. I laid out several variations before I got started, and I'm more than halfway through, but still not sure I like it. I might as well just finish it and see what it looks like in the end, and if I hate it, I can start over. It's just time and wire, right?