Dress Form Available at (My) Steinmart

I know many of you have commented on my dress form -- I just wanted to let you know that I went to Steinmart today, and there is STILL ONE LEFT! It's $49.99, and the thing's probably 3 ft tall. It's sturdy, heavy, and well made. While I was there, I heard an announcement that they have some policy that if there's something you want, but they don't have it in your size - they'll call other stores and have it shipped directly to you. SO, it might be possible to call and say you know there's one at this location:

See if they can ship it to you. $50 is a STEAL for one of these things!

Here's a pic to remind you what it looks like. 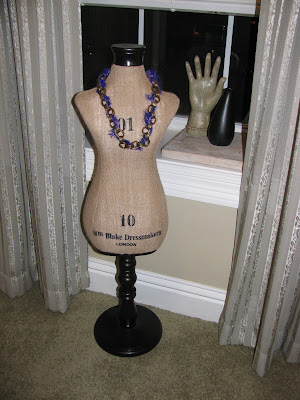 On the jewelry front, I've had a pretty hectic week, so I haven't made much. I did do a lovely necklace with that red butterfly I got a few months back.

But I didn't take a photo of it, and I sold it right away. I also made a pair of earrings last night -- trying to find the inspiration, but sleep took over once I was done with the one pair.

I had very different plans for today, but I awoke to the sound of my dog puking. Again. I haven't even updated y'all about the last time or two that she's been ill. It's been a long time, it seems. They're finally doing blood work - clearly treating the symptoms wasn't enough. Poor thing had to have the blood taken from her jugular! Her little legs just weren't providing good veins. She's getting old, and her vet said he could find enough wrong with her for six dogs. So we'll see what the blood work reveals. Hopefully nothing too grim.

Meanwhile, I better get busy making jewelry so I can sell enough to cover her ever growing vet bills. 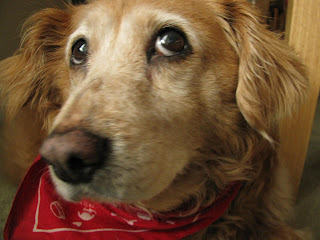