As I requested a few blogs back, I'm going to have a jewelry party! One of my sisters, who has lots of female friends (due to being a teacher, a mom, and someone who lives in a neighborhood where neighbors actually know each other) has graciously agreed to host, so long as I don't mind her making it a twofer party where she'll also be promoting some sort of home fragrance line. That might turn out to be a great combo! In any case, it's in two weeks and I've got to get busy.  I intend to make as much jewelry as I can, but I also have to get my display together.

After fretting about it for months, but putting it off due to no real need, I finally have it! Clever BF pointed out to me that I already had what I was trying to describe to him. It just needs some revamping. When I was 14 or 15, my dad thoughtfully built me a drawing table, so I wouldn't have to draw on a pad on my lap sitting in my bed. He designed it so that the top would open up like a box, and I could keep my art supplies inside. Later in life, it became detached from its legs, and served as the surface on which I dyed satin shoes for weddings (which was my job for a year or so in college -- you can see dye stains in the picture on the edges). Ultimately, it became the giant heavy wood box I stored my art in and kept under my bed. Now 25 years later, it's going to have a new job!!! And again, it has to do with my creative efforts. It's been a good box. 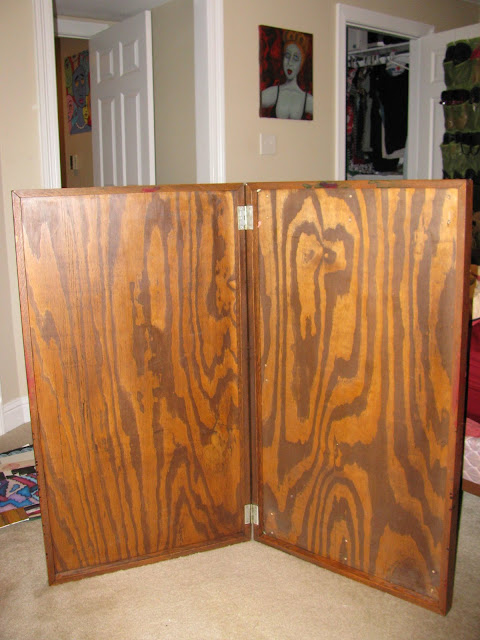 So I immediately searched ebay for some knobs and found these! 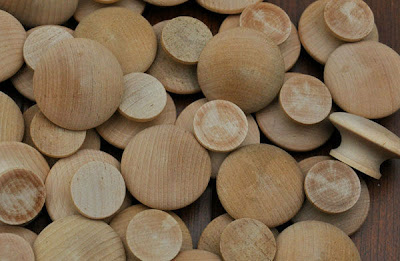 Then, I'm going to get this super cheap paint sample from Lowe's (maybe I'll get 2 just in case). 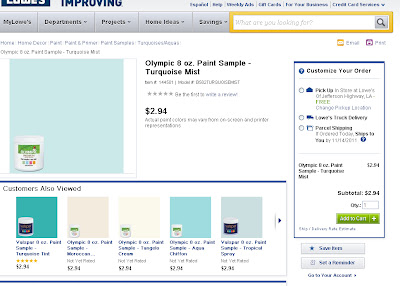 And paint the whole thing turquoise!!!!! If I think it needs it, I might take some gesso and do a light wash over it. But I'll see when I get there.

I don't have many bracelets, so I think I'll display them on a raised bowl I have, that's pretty shallow and totally decorative. It's made of a dark jaspery looking stone. Maybe I should put some of my river rocks in it. I have a bunch.

As for earrings, I'm going to leave them on their cards (which already have their ingredients and prices on the back), and just get a couple of cheap trays - maybe I should also paint them with the leftover turquoise paint? And organize the earrings in the trays. Sound good? My sister has a huge formal dining room table with a pretty white on white floral table cloth -- oh and of course I'll have my trusty dress form to model a necklace or two, and provide some more height on the opposite side of the table to balance the tall box.

So all in all, I think I'm going to have a pretty cool display for very little cost! I can't wait!