Totally 80's or Pride? You Decide!

I'd been hanging onto this Golem Studio heart pendant for quite some time now, just waiting for the perfect beads to come together. And when Lima Beads announced a new shipment of Czech glass last week (on pay day no less!) I just had to buy a ton. I wasn't even thinking of the heart pendant when I ordered, or at least not consciously. Just as well, I might have overdone it. When the beads arrived on Monday, I sorted them into their own Czech glass bin and then it hit me! I had the perfect first project. I pulled out the heart pendant, and the rest was history. I got side tracked by my fave TV show (RuPaul's Drag Race, which demands 100% focus, so I can't bead through it), and after that it was midnight. So I finished it last night and I just LOVE it!

I can't decide though, is it more 80's a la Punky Brewster / Care Bears / Rainbow Brite? Or is it more Gay Pride? Maybe one of RuPaul's girls might like it? haha. 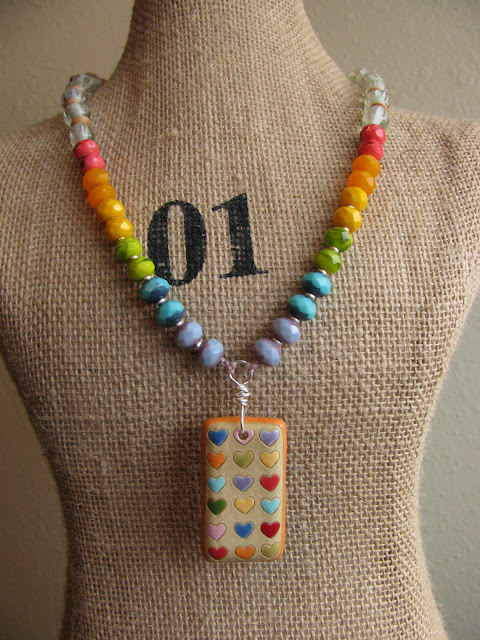 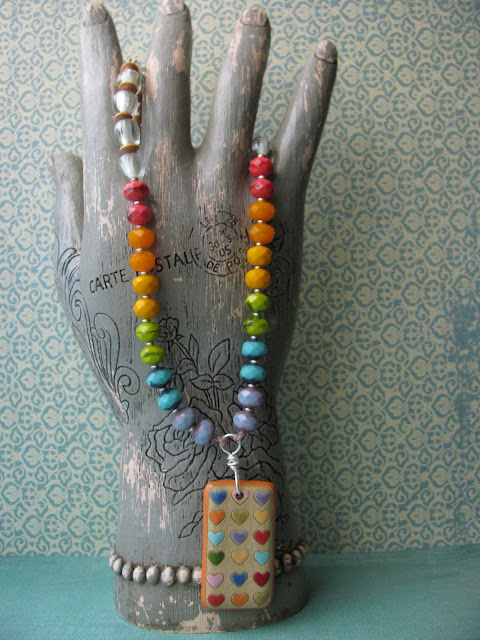 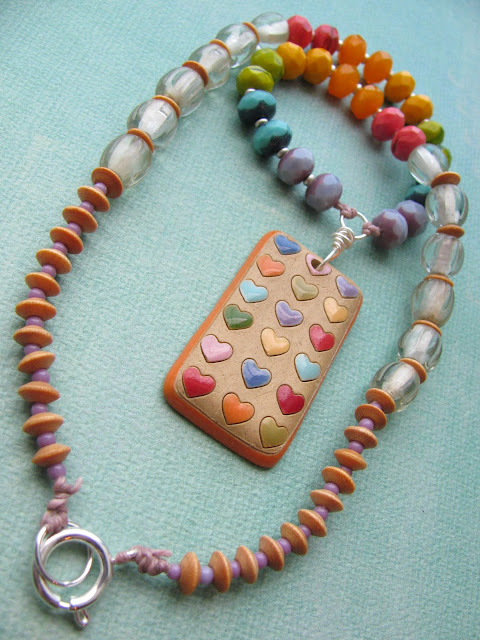 And the best part is that I already made the matching earrings a few months ago! 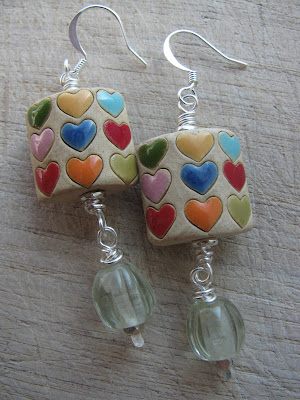 I'm not going to list them on etsy just yet - I'll give it a chance at the salon first. (Unless of course anyone just has to have it, let me know. I won't be making a salon run for at least another week or so.)