It's October, and for the first time in forever, the weather here in New Orleans is PERFECT! A cool, breezy 72, and I couldn't be happier about it! Of course it will warm up again next week, but for now I'm loving it.

So I still haven't finished the Bead Soup hopping -- I've been very busy with being sick, work, and catching up on Breaking Bad. Does anyone else watch it? I've watched all 4 seasons (minus the two that have yet to air for this season) over the last 2 or 3 weeks. It's so addictive! For a while, I was punishing myself about the Bead Soup hop - I wouldn't let myself make anything until I was done. But there was only so long that was going to work. I'm going to keep hopping 'til I'm done. It'll just take awhile.

In any case, I finally managed to photograph all the stuff I've made lately. It's really not that much, but at least I've gotten some stuff done. I'll try to drop it off at the salon this week and see what's sold over the last 3 or 4 weeks since my last delivery.

For any of you Spotify users, I want to recommend super talented New Orleans artist, Trombone Shorty's album: Trombone Shorty – For True. It's really great, and I'm listening to it right now.


I can't decide if this one looks too Christmasy and if the two greens clash too much, but I like it anyway. (As usual, click to enlarge any pics.) 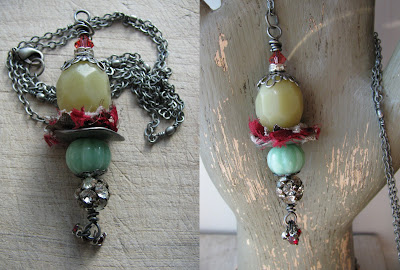 This was inspired by my new love of stick pearls after my own Bead Soup piece. I didn't realize these were drilled at the top though - I was hoping they were center drilled like the ones I used in my Soup necklace. I added some faceted rubies I bought at the last gem & jewelry show and some gunmetal rhinestone rondelles I recently bought. I'm going to have to get more soon, 'cos I LOVE them! 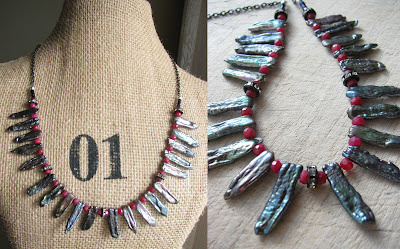 New lampwork from Julsbeads plus some rutilated quartz I had, and some copper rhinestone rondelles. 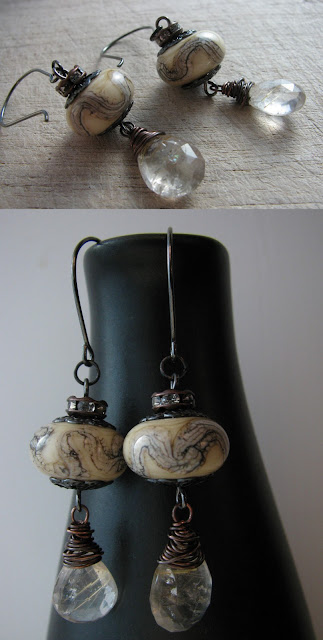 Trinity brass settings, which I LOVE! And some faceted black crystal. I'm not going to steal these from myself, but I'm so tempted. 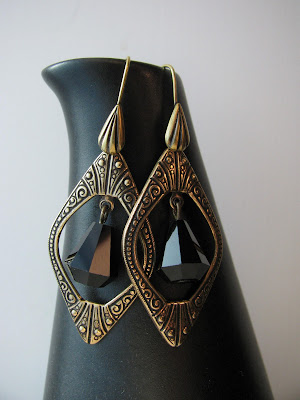 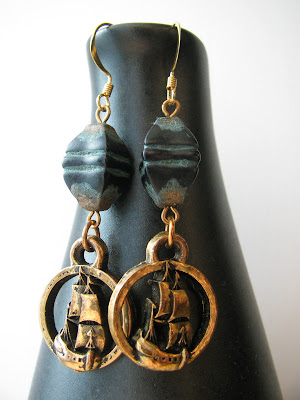 Stick pearls, labradorite, and those silver beads are soup leftovers! 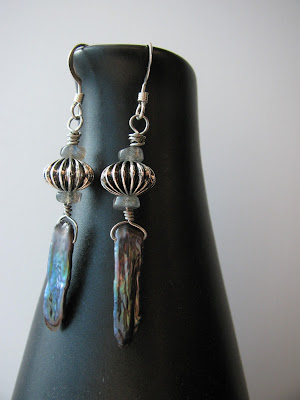 More of the new Julsbeads lampwork beads with copper drops I liver of sulfured. 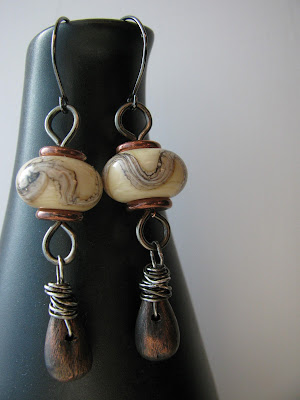 Wood, jade, and agate. They're very eco-modern, as I was describing them last night. 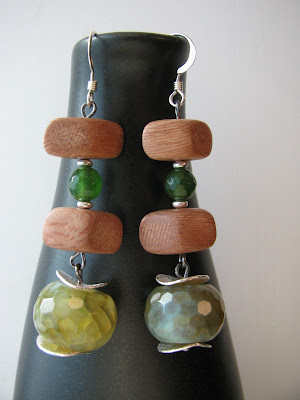 My first ever use of cabochons! More goodies from Heather's box, glued onto some filigree rounds. So retro vintage cute. 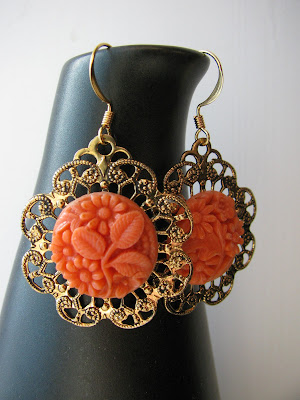